In reality, this ‘bunch of grapes’ is a piece of the mammary gland consisting of branched glandular ducts. The cell nuclei are colored green, the outside of the gland is purple.

Cancer researcher Colinda Scheele has won the Antoni van Leeuwenhoek award 2020 for her extraordinary research into stem cells and the development of breast cancer. Meet this motivated woman who loves a good challenge, isn’t afraid to get her hands dirty, and prefers to take big steps. She was born and raised in a small village in the Zeeland countryside. Colinda Scheele did not get her love for science from her family: “My father worked on mussel fishing boat and recently became a police officer. My mom always looked after me and my three brothers and later started working as a psychologist. My brothers also chose entirely different career paths, although my youngest brother, who is still in high school, wants to be a doctor, partially inspired by me.”

Reading and writing
Since she was little, she was always ahead of the curve. She taught herself how to read and write when she was in kindergarten and skipped the first grade. That turned out to be a recurring theme in her life. “I always need an extra challenge to feel good. PhD research is very useful for that: you can take on as many challenges as you want.” So she did.

Unusual
After defending her thesis last year, she immediately moved forward: she was allowed to start her own research group at the VIB Center for Cancer Biology in Leuven. An unusually big step. But that suits her, and it won’t surprise her supervisor and group leader Jacco van Rheenen either. “She has what it takes to become a future leader in the field. She is creative, independently works on her own ideas, and she has golden hands at the lab.”In short: the full package. But does it feel that way to her? “No, not at all,” she says, “I don’t feel like I am the perfect person for this. But I like to challenge myself, and I am not afraid to take action. I just start, and if it doesn’t work out I won’t immediately start doubting myself and my ideas.” 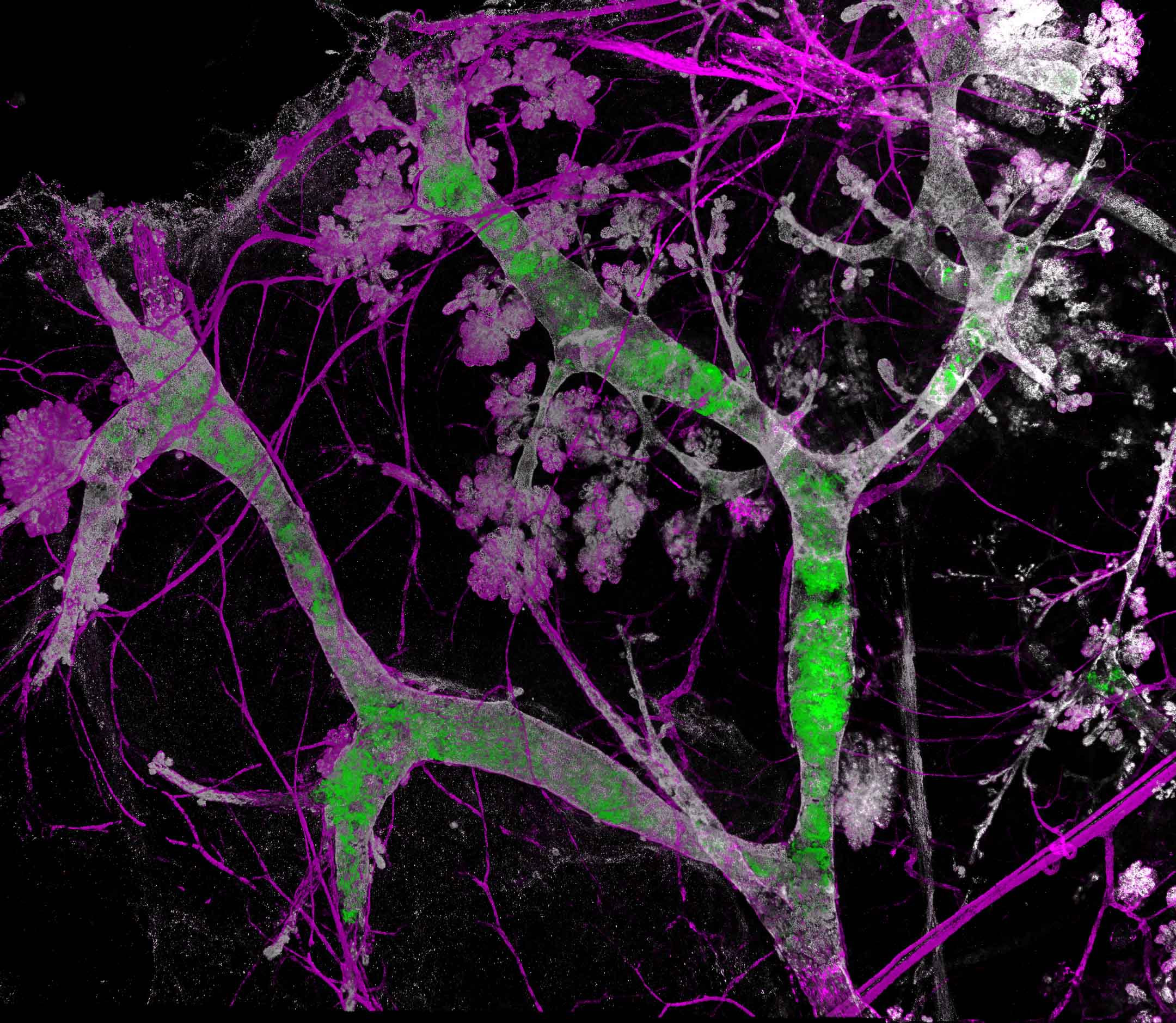 Mysterious wave pattern
In Leuven she will continue her work on stem cells and breast cancer development. “I love understanding things that others haven’t figured out yet. That doesn’t happen very often. I am working on several scientific puzzles. Once every few months you suddenly notice: hey, so this is how two of the pieces fit together! I never understood our observation of breast cancer cells growing in a wave pattern: the tumor cells would grow, then most of them would disappear. The piece of the puzzle finally fell into place when we found this same pattern in healthy stem cells and discovered that this coincided with the menstrual cycle. These tumor cells are really just displaying ‘normal’ behavior here.”

Antoni van Leeuwenhoek Award
The Netherlands Cancer Institute awards the Antoni van Leeuwenhoek award every year to its most talented young researcher. The award is worth 6000 euros which will go towards new research. As of last year this award, which was first given out in 1988, is partially financed by NKI alumnus prof. dr. Roel Nusse from Stanford University. The Netherlands Cancer Institute wishes to express its gratitude to him. 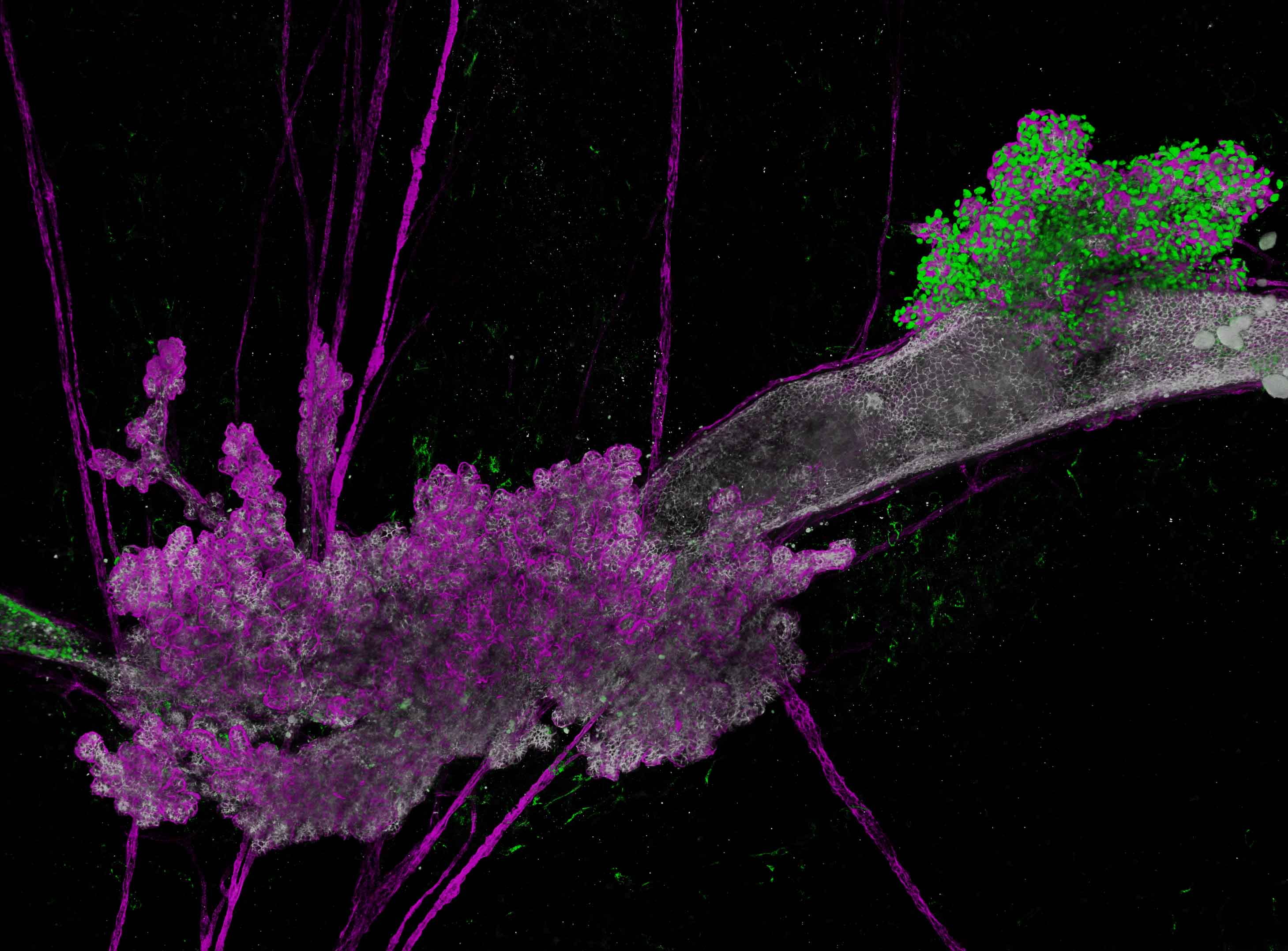 This glandular duct of the breast shows the very first start of a breast tumor. The green cells start to derail. Eventually, this little bulge can grow to become a breast tumor.