"Exhausted" immune cells in tumour are actually dynamic and active

They are often said to be "exhausted": the immune cells (T cells) in a tumour which are not doing what they should: killing tumour cells. However, these dysfunctional immune cells form a highly active and dynamic group within the tumour, discovered researchers from the Netherlands Cancer Institute and the Israeli Weizmann Institute of Science. They published an article on their study in scientific magazine Cell on Thursday 27 December.

These "dysfunctional" cells have the capacity to multiply, and their presence in the tumour helps the immune system better recognise the tumour. That recognition is an essential prerequisite for a good response to immunotherapy.

Future research will be aimed at finding out how immune therapy can be used to increase the amount of these active cells in the tumor.

T cells in the tumour

T cells play an important role in immunotherapy against cancer, particularly the killer T cells which have entered the tumour environment from the blood. They have two jobs: identify the tumour cells and destroy them. The defence mechanisms in tumour cells cause them to lose the latter quality quite quickly, however.

The most important form of immunotherapy, the "checkpoint inhibitors", which won the Nobel Prize in Physiology or Medicine in 2018, aims to re-enable these T cells to destroy the tumour cells again. The big question now is why some patients respond really well to immunotherapy while many others do not.

To find out, researchers are looking for the molecular mechanisms underlying a successful response to immunotherapy. They hope that, in the future, their findings will help doctors more accurately predict which patients stand to benefit from immunotherapy and aid the development of improved forms of immunotherapy. 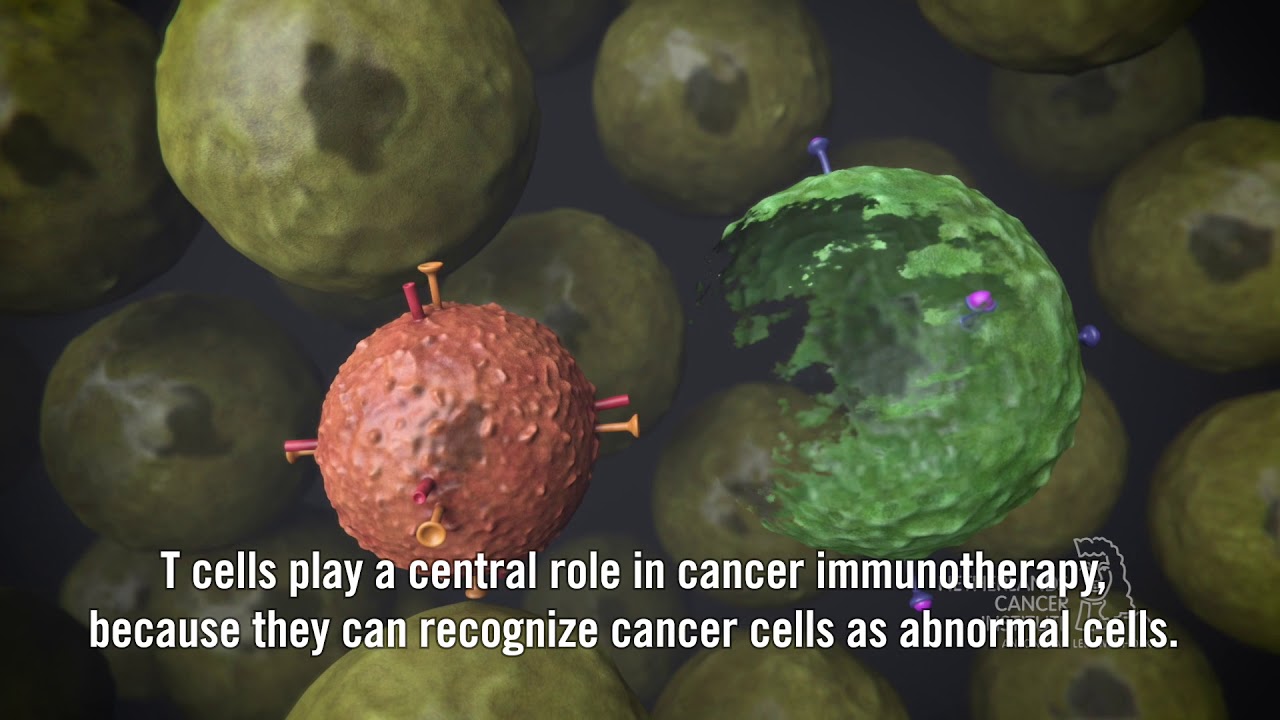 Anne van der Leun: "Scientists all over the world have been working on identifying T cells for years now. Only in more recent years have we started looking at the interplay between various cells in the entire micro-environment of the tumour. Using single cell sequencing, a technique developed in recent years, we can now do this at individual cell level. We do not look at the DNA blueprint itself, as is often done with tumour cells. Instead, we study the gene activity, so whether genes are switched on or off."

Not "dressed to kill"

Van der Leun and her coworkers discovered a large, active population of "dysfunctional" T cells in tumour tissue from 25 melanoma patients which were not "dressed to kill". However, contrary to what has been assumed until recently, these cells were not at all exhausted. In other areas, they were teeming with activity. "The more dysfunctionality we saw, the better the tumour was recognised," says Van der Leun. The newest dysfunctional T cells, in particular, also proved capable of reproducing and growing to a sizeable population within the tumour in a matter of days.

Schumacher: "So, we should not see these cells as markers of a completely exhausted T cell-based immune system but rather as a sign that the immune system actively recognizes the patient's tumor cells."

In addition to the large group of generally dysfunctional T cells, the researchers also discovered a much smaller population of T cells in the tumour tissue which were still "set to kill", but which were apparently not specifically targeting tumour cells, as their presence did not lead to improved recognition of the tumour. "They may be important in another way, we just don't know how yet," says Van der Leun. "For now, they may best be called 'bystander cells'". Interestingly, the ratio of "bystanders" and "dysfunctional but active" cells varied strongly between patients.

The corresponding at the NKI is Ton Schumacher.

This study was funded by Merck KGaA, Darmstadt, Germany.