TIL therapy is as effective as the standard treatment and can be covered by basic health insurance. That’s the conclusion of the statement released by the Dutch National Health Care Institute (Zorginstituut) Nederland on December 21, 2022. Coverage will start on January 15, 2023.

TIL therapy is an advanced and personalized treatment option for people with metastatic melanoma who cannot have surgery and who did not respond to immunotherapy.

The results of research into the efficacy of TIL therapy have convinced the National Health Care Institute that TIL therapy is proven to be effective and can be covered by basic health insurance. The trial compared TIL therapy to immunotherapy with ipilimumab – one of the standard treatments for patients with metastatic melanoma who cannot have surgery and whose treatment was not effective. The efficacy of TIL therapy is at least as good as treatment with ipilimumab. Both treatments inhibit the condition. TIL therapy shows better results than ipilimumab, however, but also leads to more serious side effects. The National Health Care Institute also concluded that there is not enough proof yet that melanoma patients who have received TIL therapy have better long-term survival rates than patients who received ipilimumab.

TIL therapy was developed by several academic hospitals led by the Netherlands Cancer Institute. The treatment does not have a market authorization, which is why patients with metastatic melanoma in the Netherlands can only be treated with TIL therapy in case of hospital exemption, approved by the Health and Youth Care Inspectorate (Inspectie Gezondheidszorg en Jeugd; IGJ). The IGJ recently approved this exception for TIL treatment as long as the drug is produced in the Netherlands by the NKI or Sanquin. This exception will come into effect as of January 15 for one year. Coverage for TIL therapy will come into effect on this same day.

How does TIL therapy work?

TIL stands for tumor-infiltrating lymphocytes: immune cells, T cells in this case, that have entered the tumor. The body trains these T cells to recognize and then kill foreign invaders, such as tumor cells. The presence of T cells in a tumor is a good sign, because it means that the immune system has recognized the tumor as a foreign entity and wants to attack and destroy it. Many tumors, however, do not contain enough potent T cells. TIL therapy aims to multiply the patient’s T cells, which are isolated from one of the tumor sites, into a huge army consisting of billions of T cells. The first step is to remove a patient’s tumor tissue. The T cells in the tumor tissue are then multiplied in a specialized laboratory until they form a group of up to 100 billion T cells. This large number of cells is then returned to the patient through intravenous infusion. To make room for these quantities of cells, patients are treated with chemotherapy prior to the cell infusion. Once the T cells have been returned to the body, the patients receive the growth factor interleukin-2, which promotes outgrowth of the T cells of the patient. The T cells and their offspring then continue to patrol the patient's body, looking for new and existing tumor cells to eliminate.

The TIL trial was financially supported by the AVL Foundation, KWF Dutch Cancer Society, ZonMw, the Ministry of Health, Welfare and Sport, Stichting Avento, and Danish organizations.

This animation explains TIL therapy, a form of immunotherapy that strengthens the body's own immune system. 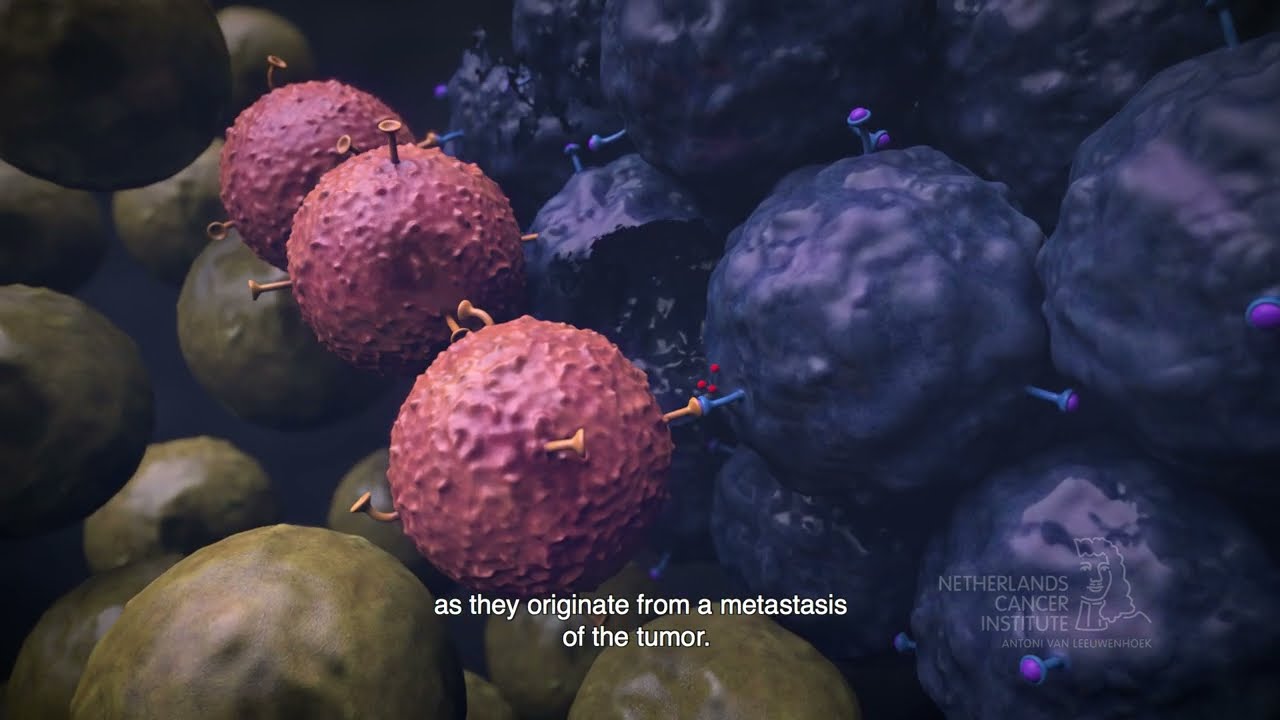 Patient’s own immune cells effective as living drug for melanoma