Tumors bend over backward in their attempts to keep the immune system at bay. Scientists currently do not fully understand how they manage to do that. One particular molecule discovered at the Netherlands Cancer Institute appears to be of great importance in this regard, according to new research published on November 16 in Cell Reports. A drug is already in the works. 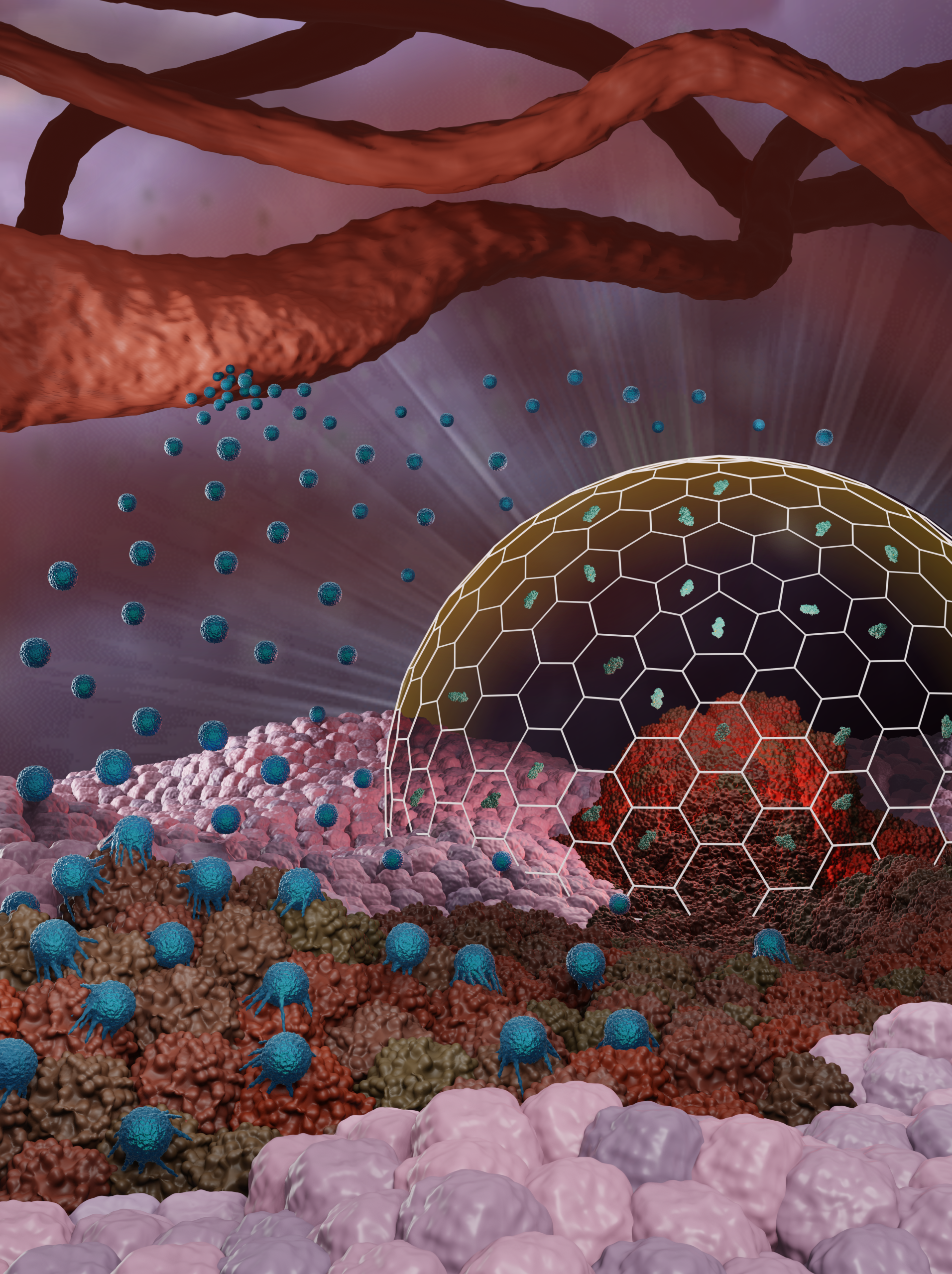 Immune cells called T cells (blue circles) leave the bloodstream to fight cancer. Cancer cells, however, use autotaxin (light blue) to create a kind of shield that keeps the T cells away.

Only one year after starting at the Netherlands Cancer Institute, Wouter Moolenaar discovered the signaling molecule LPA – a huge breakthrough, he explains to us now, more than thirty years later: "LPA stimulates cell division, which quickly led to its association with cancer. But what if we could inhibit LPA...? Since our discovery, we kept wondering: where does LPA come from? It is found in our blood and tissue, but how does it get there? That was the question we kept getting stuck on back then."

Relief
It must have been quite a relief when Japanese researchers found the answer to this question, ten years later. They shone new light on the enzyme autotaxin as the main producer of LPA in our bodies. Moolenaar: "We immediately jumped on that news. Autotaxin had been known for some time, but we all believed that it did something entirely different."

Bug spray
And now Moolenaar and his colleagues can finally reap the benefits of their two decades of autotaxin research following this discovery. They have discovered that cancer cells manage to rid themselves of immune cells using autotaxin, the protein responsible for the production of LPA. Just like bug spray repels mosquitoes, autotaxin repels the immune cells known as T cells, allowing cancer cells unhindered growth.

Attract or repel?
"We did not expect that result," Moolenaar explains. "Considering our earlier findings, we expected to find that autotaxin would attract the immune cells. But the opposite turned out to be true.” They showed that the same thing happens in mice with tumors, indicating this same mechanism occurs in living organisms – and human skin cancer cells that secrete autotaxin also appear to use this mechanism to repel immune cells during lab experiments. These immune cells are required to destroy cancer cells.

Pancreatic cancer
These findings create new hope for the autotaxin inhibitor, a new cancer drug that is currently in development. This autotaxin inhibitor was developed thanks to the knowledge provided by, among others, the Netherlands Cancer Institute. An initial trial in healthy participants is about to be completed, and a trial involving patients with pancreatic cancer is scheduled to start early next year.

Eureka
"Seeing our findings confirmed in mice was a wonderful moment," Moolenaar says. "We faced quite a number of setbacks, in part due to the COVID-19 pandemic, but we experienced a real eureka moment when it worked. As a scientist, you are an explorer, you have to explore new horizons," says Moolenaar.

This research was made possible in part thanks to the financial support of the Dutch Cancer Society.