Cancer and immunotherapy – a game of cat and mouse

Why doesn’t every cancer patient respond to immunotherapy? That’s the question that researcher Daniel Peeper is looking to answer. His research group tries to identify genes that play a role in immunotherapy resistance. In today’s cover publication in Cell Reports Medicine, they describe an important factor behind this therapy resistance, and a potential way to counter it. 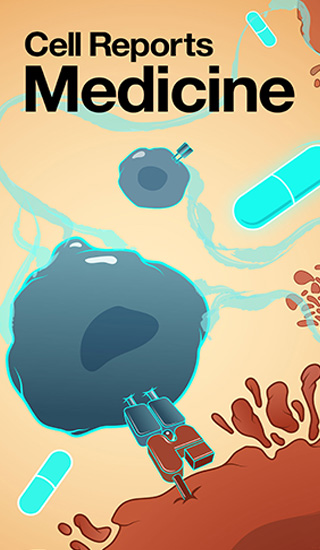 “Immunotherapy removes the brakes from the body’s own immune system, as it were, and triggers it to destroy tumor cells. The results can be quite spectacular, even in patients with aggressive tumors”, group leader Daniel Peeper of the Netherlands Cancer Institute explains. Unfortunately, many tumors do not respond well to immunotherapy. Why is that? And can we circumvent this problem?

Cause of therapy resistance
“Because immunotherapies work amazingly well for some patients, we and our colleagues in research all over the world are looking for ways to make these treatments more widely applicable and effective.” Cancer resistance to immunotherapy manifests itself in a variety of ways. “Some patients don’t respond well to the treatment right from the start. In others, the treatment appears successful at first, only to lose its effect over time.”

The cause of resistance can be found in the absence, or low activity, of important immune cells that can destroy cancer cells: T cells. Some tumors don’t seem to contain any T cells, while others contain T cells that display little activity. The latter issue can be caused by what we call checkpoints in T cells, which can be effectively neutralized by the corresponding inhibitors. Some tumors also put up a fight of their own, however, rendering them insensitive to T cells. “And we’ve now discovered a mechanism behind this”, Peeper states.

Persistent problem
Therapy resistance is a common phenomenon in cancer treatment. “It’s something we have been familiar with for a very long time, unfortunately. With chemotherapy, for example, but also with precision medicines targeting tumor cells. The tumor tends to respond very well at first and shrinks, but often resumes its growth later.”

Because therapy resistance is such a persistent problem in oncology, Peeper expected that immunotherapy would be no exception. “That was about ten years ago, when the first studies investigating immunotherapy were published, showing promising results”, he recalls. Immunotherapy was clearly going to be a game changer. He nonetheless anticipated plenty of trouble with therapy resistance down the line, and decided to refocus his lab to investigate this problem.

Immunology radar
We already have a decent understanding of the way in which our immune system protects us against cancer. All cells in our body are constantly showing our immune system that they are healthy. T cells are like radars in this process: if they detect any abnormal protein fragments (antigens) on the cell surface, they destroy the cell. These antigens indicate that the particular cell has been infected by bacteria or viruses, or that the cell has transformed into a cancer cell. But this ingenious detection system doesn’t always work perfectly. One possible reason is that the tumor cells no longer present the antigens on their surfaces. The immune system has developed a way around that: Natural Killer cells (NK cells) can destroy these negligent tumor cells, as long as they receive the proper signals.

Genetic screens
Some tumor cells manage to circumvent this backup immune radar, too, which enables them to multiply. Three postdoctoral researchers from Peepers group, Zhengkui Zhang, Xiangjun Kong, and Maarten Ligtenberg used functional genome-wide screens to find out why tumor cells sometimes manage to resist being destroyed by both T cells and NK cells. “This is a powerful, advanced technique with which we can efficiently investigate which of our 25,000 genes play a role in this process.”

Gene family
The researchers cultured tumor cells in their lab, and turned off one gene per cell at a time using the CRISPR/Cas9 technique. Then they treated the tumor cells with T cells or NK cells to analyze which genes were involved in resistance against immune cells. This uncovered three genes from the same family. Peeper: “If a screen leads us to an entire gene family, we know that they’re usually bona fide hits. Indeed, when we turned off these genes – including RNF31 – the tumor cells were destroyed much more efficiently by the T cells and NK cells.”

Bystander effect
“Thankfully, a tool compound to inhibit RNF31 had already been developed in a lab in Japan,” Peeper explains. “This helped us prove that treatment with this inhibitor makes the cells more sensitive to immune cells. But we also found something else that was of interest. As mentioned, tumors often circumvent the T cell detection system by ceasing to present the antigens on their cell surface. When we made a mixture of tumor cells that did, and cells that did not, present a T cell antigen – which commonly occurs in tumors – we discovered that RNF31 inhibition also increased the T cell sensitivity of tumor cells that were invisible to the immune cells. This so-called bystander effect may amplify the effect of the treatment.”

Unfortunately, this inhibitor does not have the molecular characteristics necessary for patient use. If it is to be developed into a usable drug, it will have to be tested like any other new therapy, to ensure it won’t harm healthy cells. Peeper: “We are hopeful about that specificity, because RNF31 inhibition is only effective when there are immune cells nearby. But this certainly requires further research.”

Start-up
A few years ago, after publishing their first paper on immuno-oncology, Peeper established a company to improve immunotherapy. “We had found several new, promising starting points for therapy improvements in my lab. Usually, these kinds of results are published, so a pharmaceutical company will hopefully pick it up for further development. But this rarely happens, and that’s quite a shame.” This is why Peeper founded the start-up Immagene B.V. in 2020, together with his colleagues Maarten Ligtenberg and Christian Blank, the Netherlands Cancer Institute, and Oncode Institute. He is currently an advisor for the company. “Developing new therapies is not only an entirely different discipline requiring specific expertise, but also involves considerable financial risks. We founded this start-up because we truly believe in our approach.” The company’s exact targets are confidential, but in general, it is developing new medicines for immunotherapy

A hit and a boost
Peeper recently received a 2.5 million euro ERC Advanced Grant, which he will use to study the other problem in therapy resistance: how can we reactivate the inactive T cells in the tumor? “We’ll be tackling this question using CRISPR/Cas9 screens – but this time we’ll investigate the T cells instead of the tumor cells, searching for genes that, when inhibited, reactivate the T cells. This will enable us to approach the resistance problem from two different yet complementary angles. Our goal is to develop clever combination treatments that hit the cancer cells and boost the immune cells simultaneously.

This research was financially supported by Oncode Institute